Anzeige/Ad | Shaving is a topic which, like my skin routine, is a part of my everyday life. This is because shaving primarily is about maintaining a well-groomed appearance and feeling good. Nevertheless, it also has a direct effect on the skin. By shaving incorrectly or using the wrong utensils, small pimples can develop. One can easily cut themselves shaving or even seriously injure themselves.

When I started shaving, I just grabbed a wet razor, pasted my whole face with shaving foam and started happily going at it. After nicking myself several times and even making my face completely red, I stopped shaving for a while. From time to time I tried it dry again, with an electric razor, but after a few failed attempts I again gave up on shaving.

After a long time, when I decided to get involved with it again, I really got analytical with it. I believed I hadn’t used the right razor before and/or simply had the wrong technique. This time, I tried shaving wet. I really took my time with it and did each stroke more carefully. It wasn’t as bad as it was in the past, but I noticed that in the long run, it irritated my skin too much. I have to say once again that I really have quite sensitive skin, which tends to get irritated quickly.

Being a part of Philips‘ current #makelifebetter campaign gave me the opportunity to test the Philips Shaver 9000 Prestige. And what else could make my life better than solving my problem with shaving?! 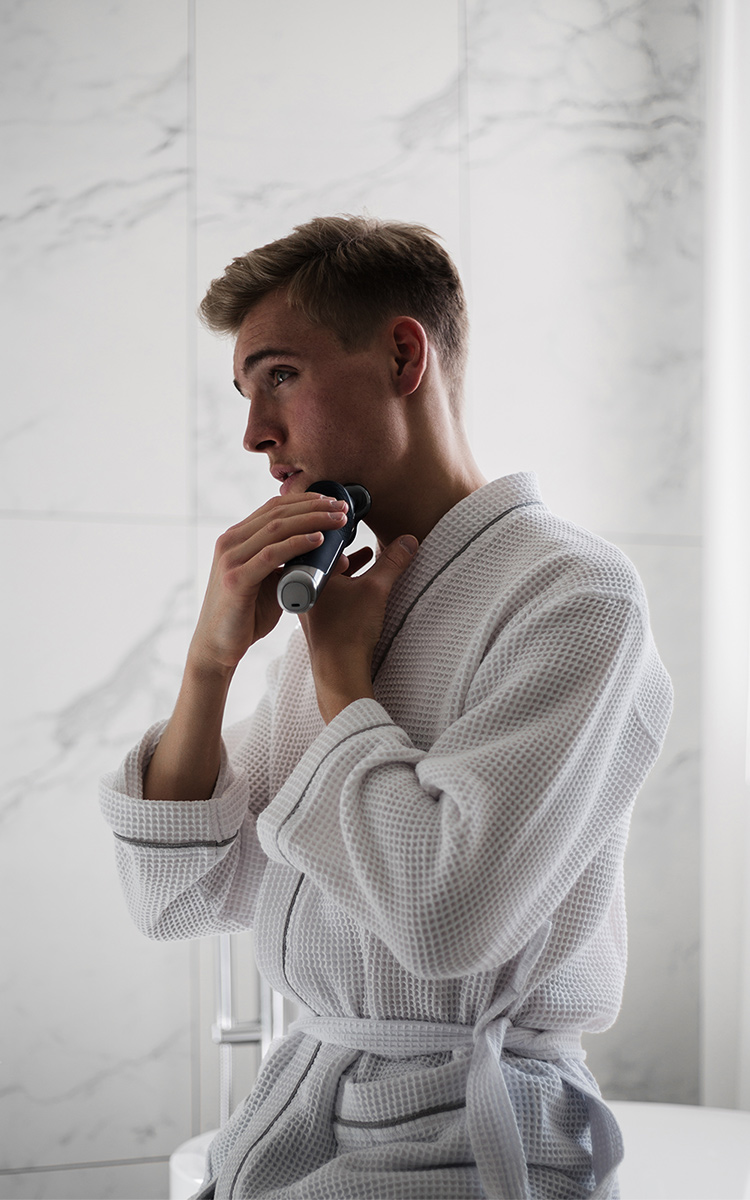 Now a short report on my experience with the S9000 Prestige. The report is short for the reason that I have only been testing it for about 1 1/2 months and of course, I cannot yet say whether it is beneficial for me in the long run. However, so far I can say that I am incredibly enthusiastic! I am very impressed with the design, the function, the workmanship, and also the accessories which are supplied. 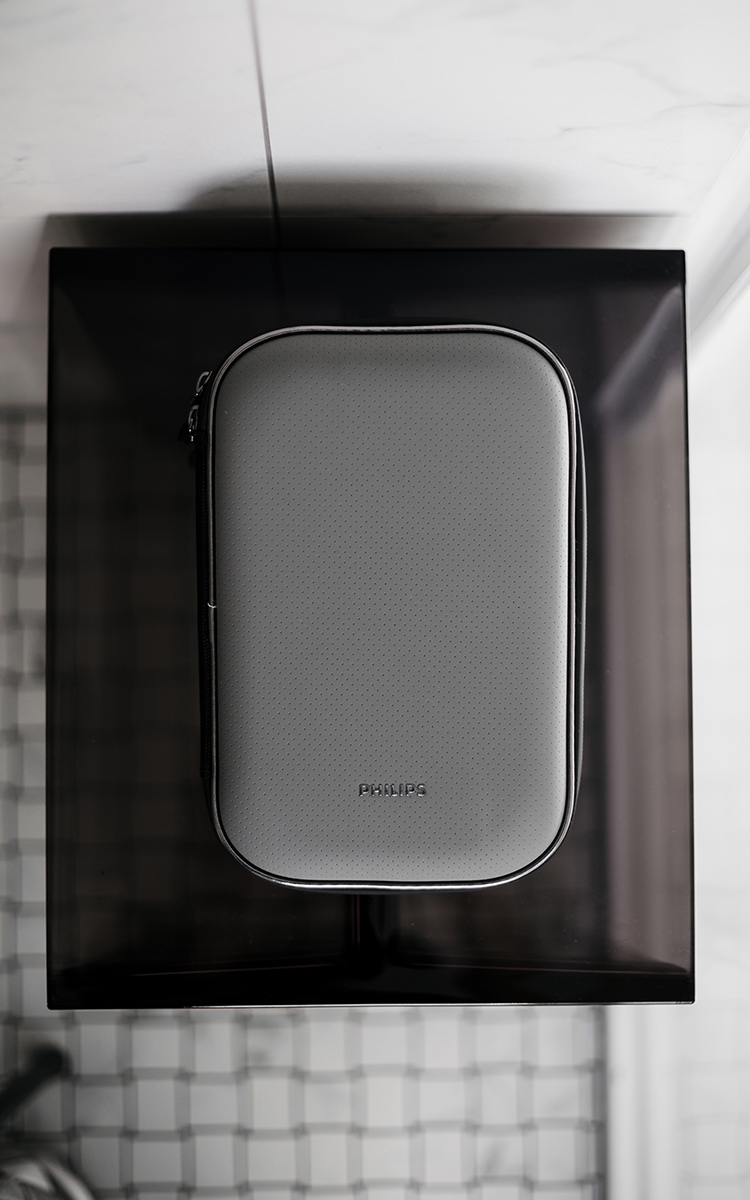 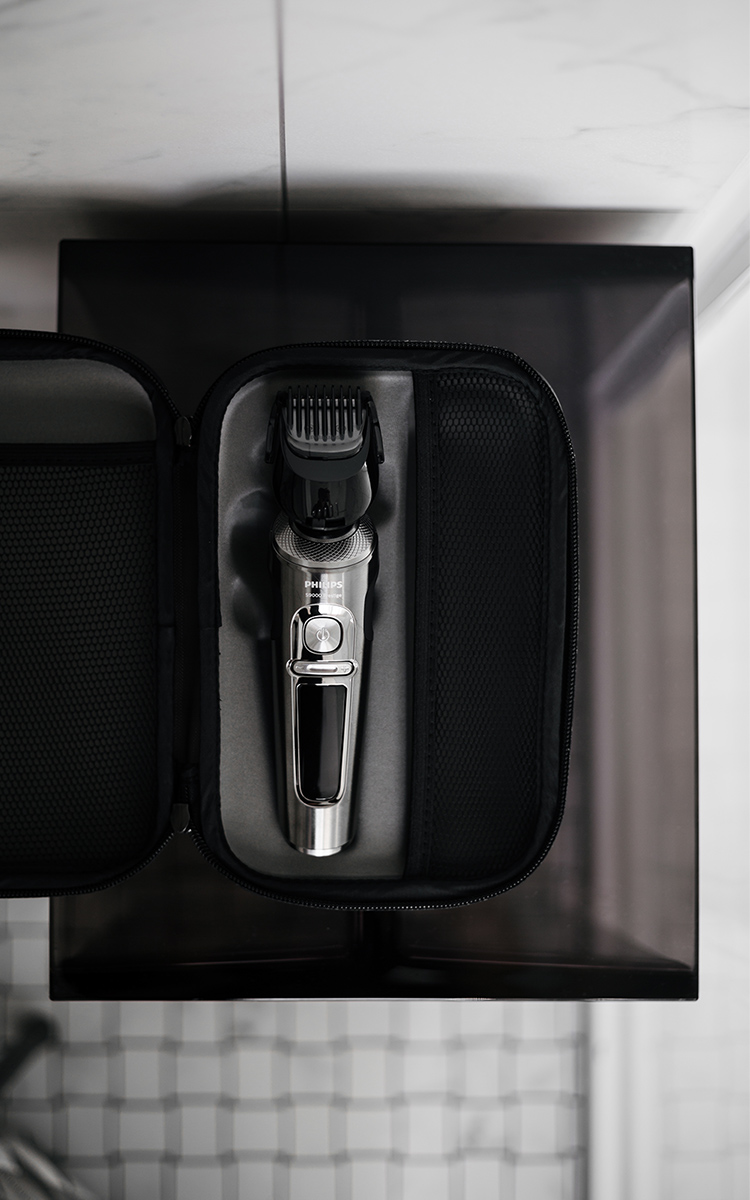 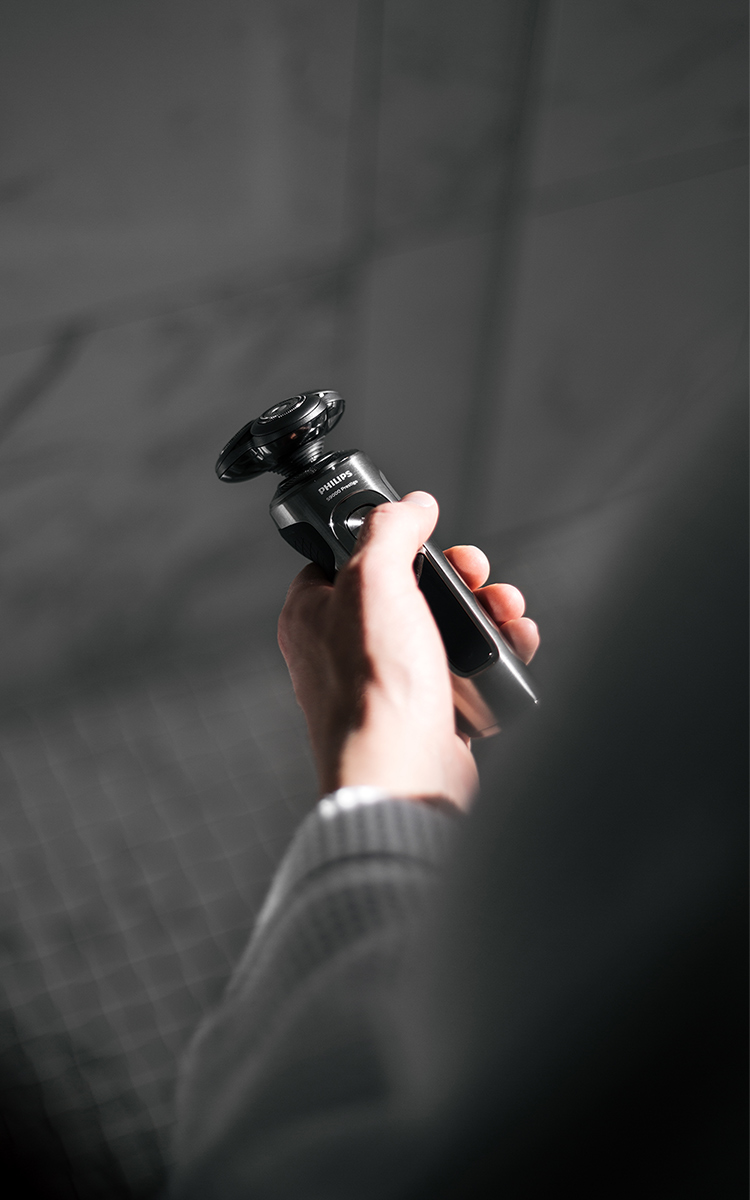 Let’s start with the scope of delivery and unpacking. The razor arrived in a high-quality bag which contained the razor itself, the loading pad (Qi loading pad) and the removable attachment. The nets on both sides of the bag also double as a kind of toiletry bag. There you can store smaller creams etc. So, also ideal for traveling!
The charging pad also charges the razor completely wirelessly. You just put it on the pad that comes with it! (By the way, you can even charge the newer versions of the iPhones with it). On average, the razor takes about 18 minutes to fully charge.

Last but not least, there is another attachment, with which you can also trim slightly longer beards with adjustable lengths. This attachment can also be used perfectly for contouring. 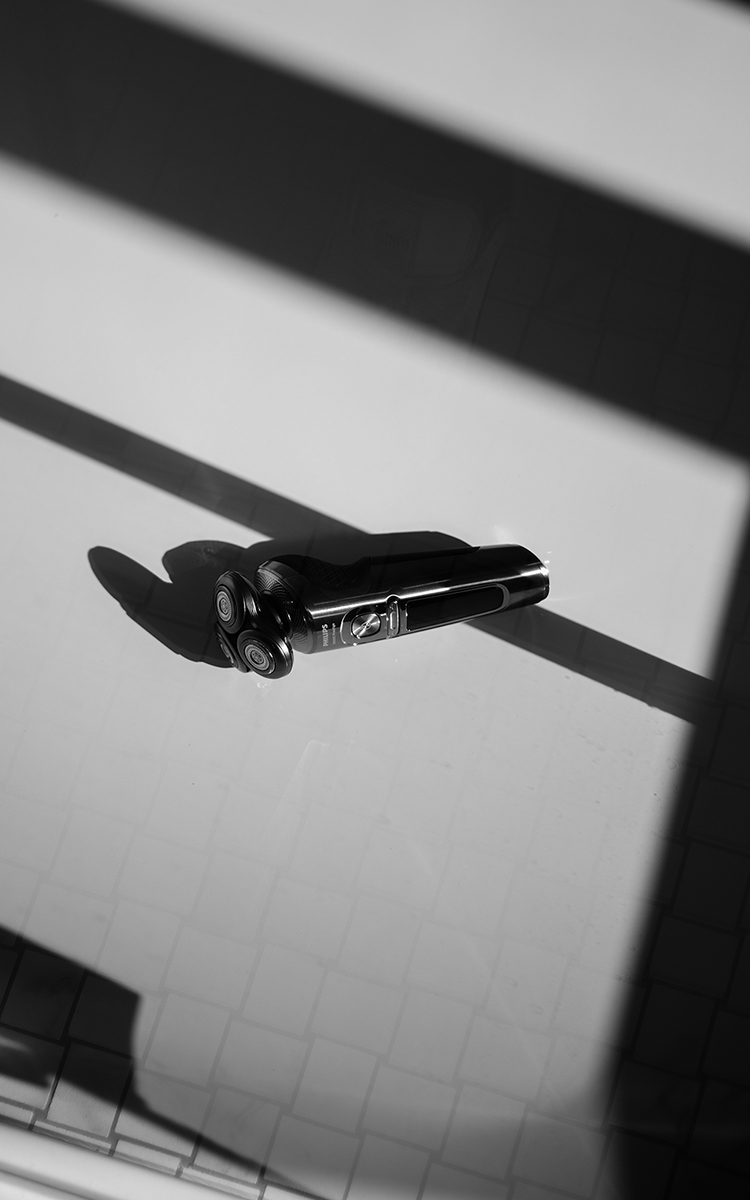 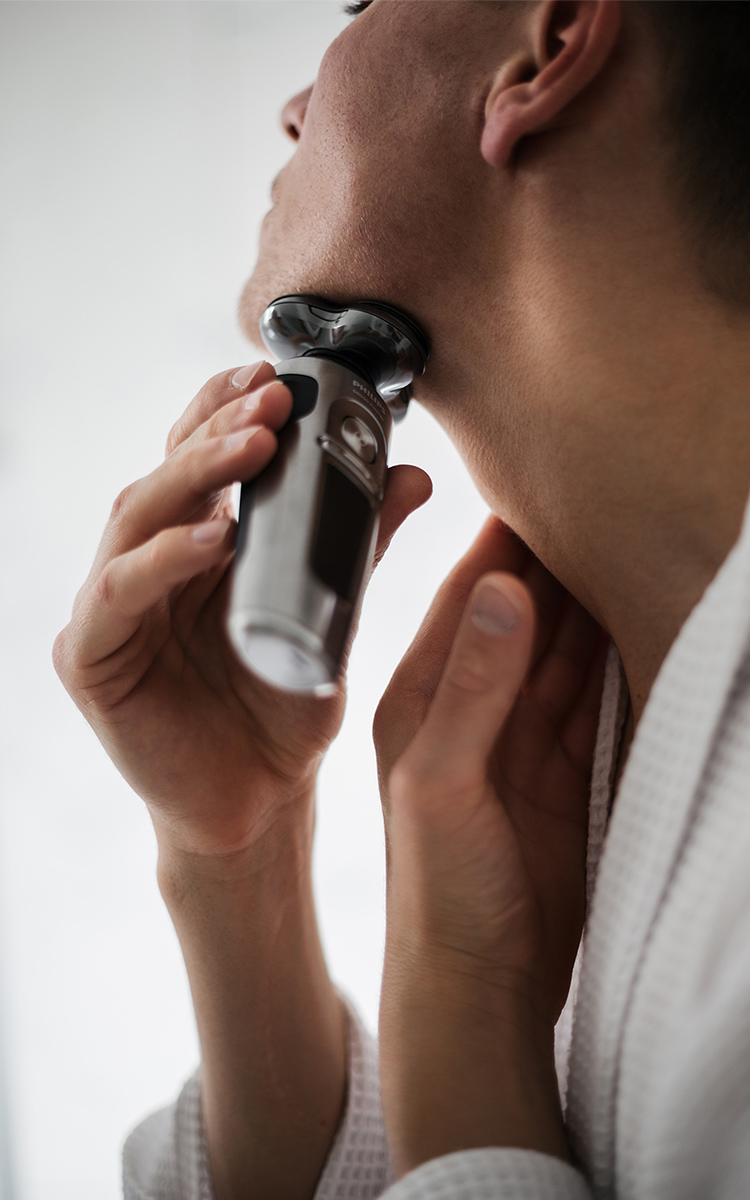 When I used it for the first time, I opted for the standard attachment because I wanted to work over a larger area. There are three multidimensional, movable shear heads, which are arranged in a triangular shape. These adapt to any contour, ensuring a smooth shave.

The shaving heads have a skin comfort coating, which ensures a problem-free shave directly on the skin. After you have finished shaving, you can simply rinse the shaver under water and put it back on the loading pad to dry and load. 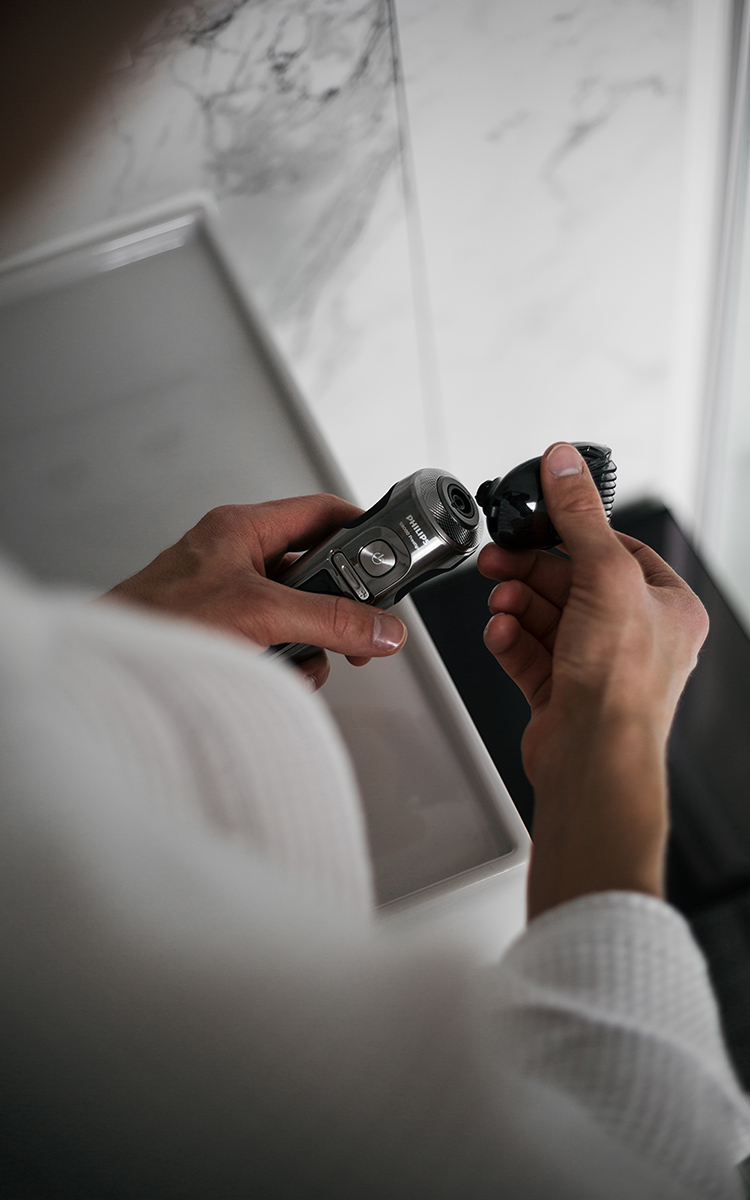 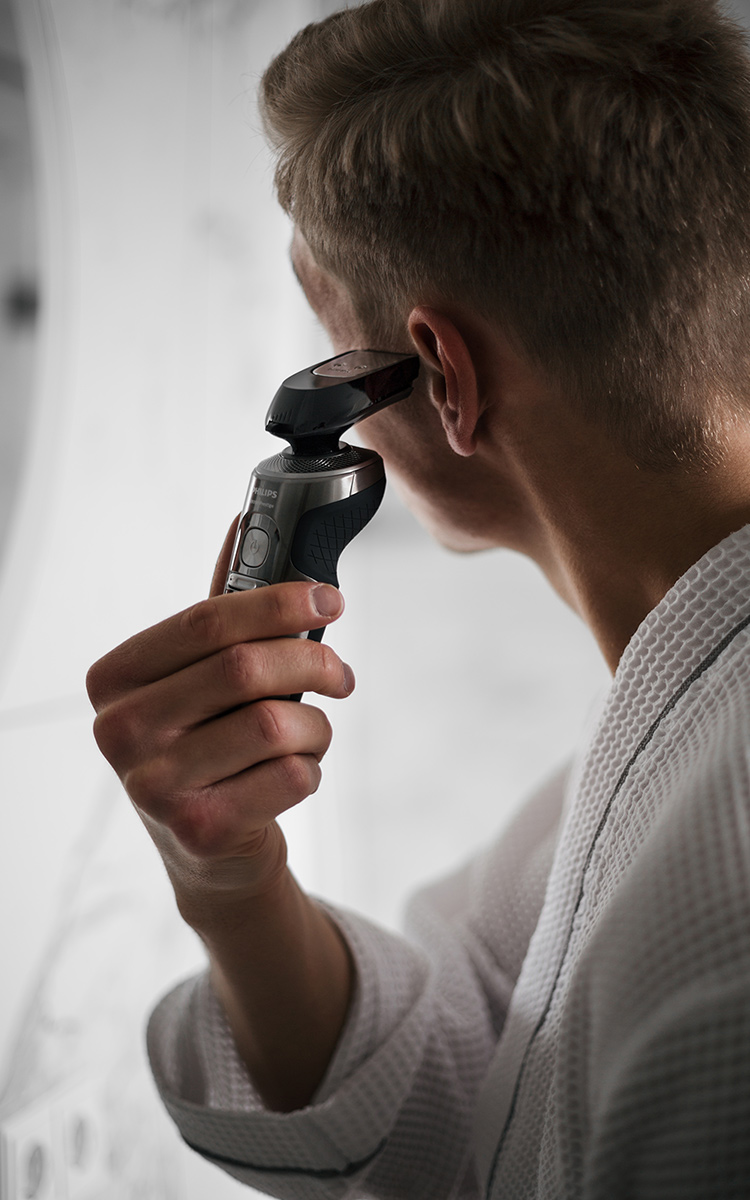 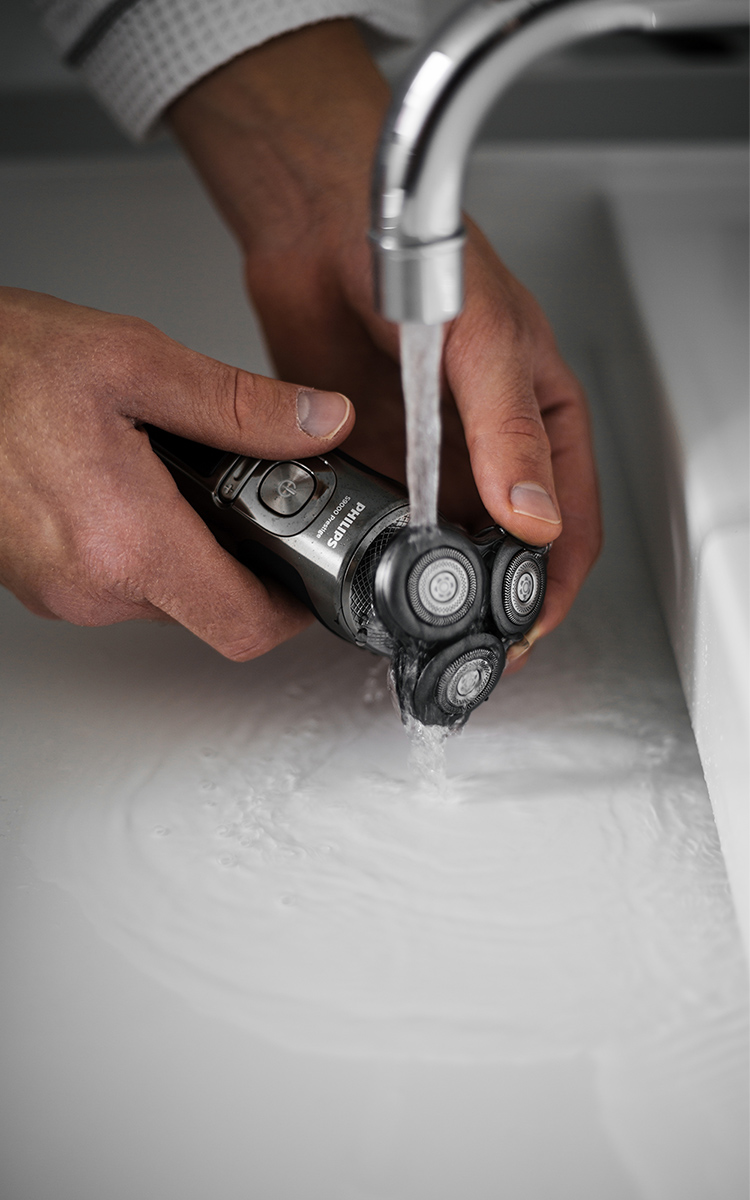 As I wrote a few lines before – I am so far super enthusiastic and satisfied in every respect! After the direct shave, as well as on the day itself I have had no feeling of irritated skin. Because my skin is completely shaved, I can care for it a lot better. Whether it’s a razor I will permanently use in the long run I can’t say 100% for sure yet, but I’m definitely going to find out! 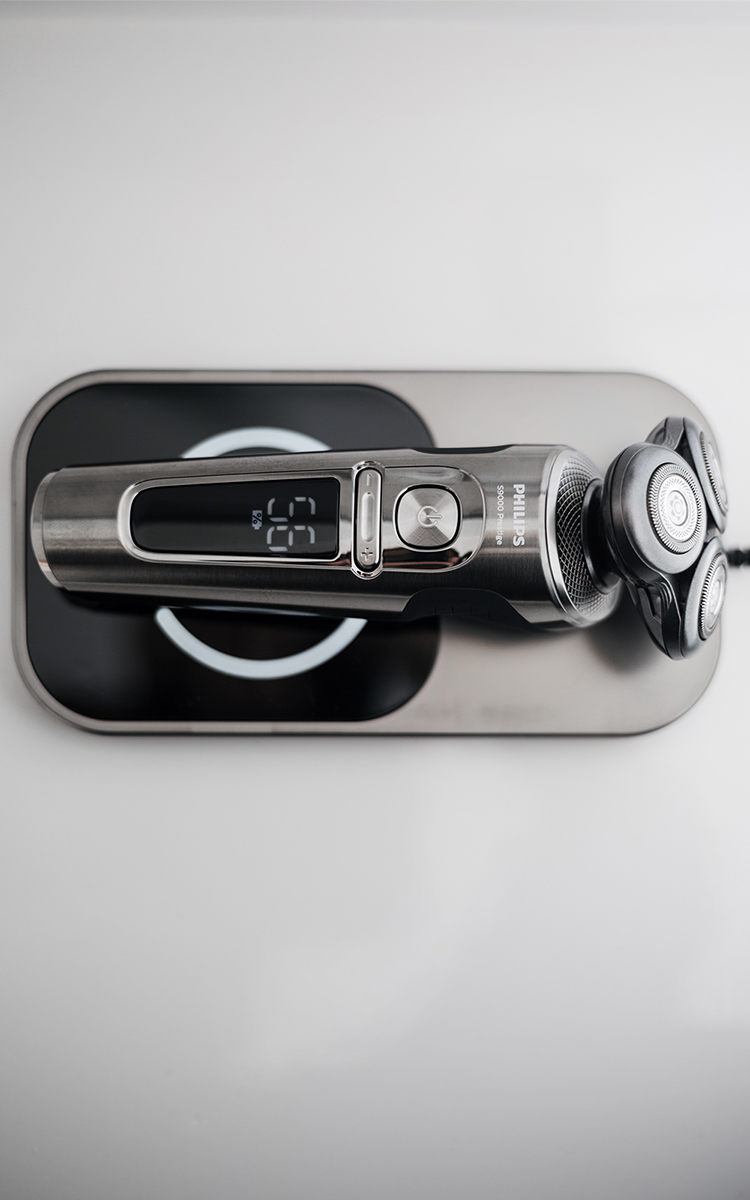 In collaboration with Philips.